Insurance was originally meant to protect you against the risks of a catastrophic loss. However, modern-day dental insurance has morphed into a pre-payment plan that has annual limits, ensuring
you won’t be covered if something catastrophic were to happen!

Suppose you pay $42* per month for a policy that gets you two cleanings (no fluoride included), exams, and most needed x-rays. That’s over $500 per year, plus you have a $50 deductible, and there will likely be a 12-month waiting period on any major dental work.

By the time you get around to getting your major work done, you are locked into a second year of a contract in which you’ve committed to give an insurance company over $1000. Interestingly, they are only willing to cover $1000 in dental work for that year. If you need any other major work, you’ll have to wait another year.

They take the money that you pay them, take a cut off the top, and then pay a certain portion of your dental bill. Sometimes, they won’t pay for services, these are known as exclusions.

If they don’t make enough money on you, they will be likely to drop you or raise your rates.

Once you sign up for dental insurance, you may have to wait for up to 12 months before you can use it for basic services such as fillings.  Insurance companies make you wait so they can keep more money in their pockets.

Like a lot of things in life, in dentistry there are often several ways to solve a specific problem.  Many times, dental insurance companies only cover the cheapest option.  For example, some insurance companies won’t cover dental implants or the crowns that go on top of them.  They will just pay for a partial denture since it’s cheaper and replaces more teeth.  Many won’t cover white fillings in anything but your front six teeth.  The choice should be yours.  Many people don’t find out about this until after the waiting period and by then they’ve already sunk several hundred dollars into a plan that hasn’t given them much in return.

Why Not Cut Out the Middleman?

What If My Employer Provides Dental Insurance?

To be fair, employer-sponsored plans do work.  If you have one of those, Lynchburg Dental Plan likely isn’t a good fit as your employer is paying a portion of your premiums to make them cheaper for you.

With employer-sponsored dental insurance plans, the insurance company is already counting on a large portion of the employees not to utilize the plan.  That way, they are able to offer lower rates than you can get individually by signing up with them.

*Rates checked for an individual 35 years of age signing up for the individual Enhanced Plan via Delta Dental of Virginia’s website, www.DeltaDentalCoversMe.com on 7/28/16. 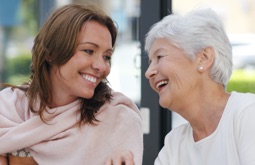 We strive to make dental care affordable and accessible to residents of the Greater Lynchburg Area.

By providing an affordable yearly fee as well as a 20% discount off our regular fees, we believe dental care can be available to everyone.